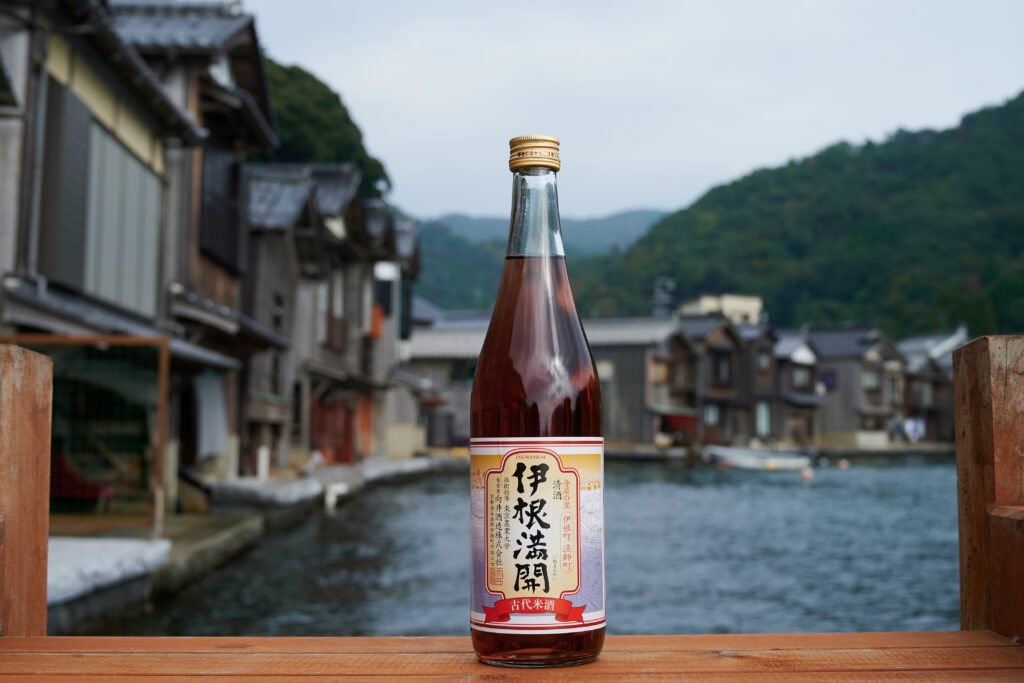 Even if you don’t drink sake usually, when in Kyoto, it’s well worth it to do as the Kyoto-ites do when it comes to this traditional Japanese beverage. Sake, or nihonshu, is known around the world as Japan’s famous rice-based beverage, and Kyoto is a wonderful place to try it.

There are some Kyoto treasures you can’t easily get your hands on without a visit to the source, especially such delicacies as local, artisanal craft sake.

You see, some of the best things in Japan aren’t easily available outside of where they are crafted. So it is with Japanese sake. Which means even if you are in Tokyo, you can’t get all of the unique products you ought to be trying from Kyoto, to say nothing about international cities. Japan brews 24,000 different sakes each year and even the best export markets outside of Japan get only 10% of this bounty—and even then only in large cities.

Kyoto is known for its sake, so it’s a wonderful place to try this incredible beverage. You ought to get out of the city and into the countryside to find unique sake from breweries you have never tried before, often in styles you would not recognize.

Kyoto has over 40 sake breweries to choose from. Next time you’re in Kyoto, for a unique sake experience, take a visit to one of the following three breweries of distinction, each brewing sake in their own singular way.

The Oishi Sake Brewery Co., Ltd. has a history of more than 300 years originating back to the Genroku period (1688-1704), a historic time of growth and prosperity in business and culture across Japan. The master brewer here (called a toji in Japanese) is a master of the Tamba Guild, which is considered to be one of the Three Great Brewer’s Guilds of Japan. The origin of this guild of sake brewers is said to date back to 1775. These guilds help train and educate brewery workers with the goal of preserving traditions and making the best sake possible.

Eschewing trends toward modernization, Oishi Sake Brewery in Kameoka has been brewing handmade sake in much the same way for generations. You ought to come here in person where sake which are only available for sale at the brewery can be sampled. There is no charge for a visit to the tasting room, and a tour of the production area—a separate facility—can be made by appointment only. Try sticking to the tasting room for a short visit. It is a rare opportunity to sample a variety of sake very rarely found outside of Kyoto at no cost!

This writer heartily recommends sampling the Sake Den Oni Koroshi, which can be translated as “Demon Slayer”. There is a myth that a demon was slayed after first getting said demon drunk on strong sake. Thus, a category of sake was born.)

This is a dry, strong style of sake. Due to the higher ABV% (sake typically has 14-15%, this has 19%!) it can be served on the rocks or warmed.
Oishi Sake Brewery also offers unpasteurized sake made from new rice during the winter, a wonderful experience as sake is almost always pasteurized twice. But raw sake is a delicacy, and to get such a delicacy, it is best to get it from the brewery itself as even the best sake can spoil if they are not handled properly after they leave the brewery. You ought to store sake in a chilled, dark place as light can change the color, aroma, and flavor of sake; a condition known as light-strike.

When inspecting a sake label, you might find a measurement called nihonshudo or sake meter value. This is a unit of measurement designed to express the specific gravity of sake. A number with a minus integer (-) indicates a sweeter sake, a plus integer (+) indicates a drier sake. Sake Den Oni Koroshi, mentioned above, is a +7 on this scale and is considered a drier sake.

In 2014, Oishi Sake Brewery opened a second brewery location and shop in the picturesque town of Miyama, famous for its traditional thatched roof houses. Miyama’s chillier winters are also well suited to sake brewing, and make for some wonderful sightseeing as you stop by the brewery.

Founded in 1895, Joyo Shuzo is the only sake brewery in the Yamashiro region. Their portfolio is versatile, and broader than most sake breweries due to their using different varieties of rice (like wine, the variety of rice used to brew sake determines the final product as a Pinot Noir or a Chardonnay grape would with wine),brewing a popular ume plum liqueur (most sake breweries do not also make fruit-based alcohol such as umeshu as the license from the government is most difficult to obtain), as well as personally noting how well their sake ages. Most of the time we ought to be drinking sake within 12 months of the shipping date on the bottle, but Joyo Shuzo matures quite nicely for 3 years or maybe longer. This is a rare feat of brewing.

Joyo Shuzo uses three rice types, but one local rice variety of note called Iwai, which by law is only available in Kyoto Prefecture, is special to Kyoto brewers. This is worth mentioning because years of research and development by breweries, academics, and the government went into creating the best sake rice for the terroir, water, and climate of Kyoto. It reflects the serious commitment the region has to bringing the best sake rice for the breweries to use. In fact, the brewery’s Tokubetsu-Junmaishu 60, a sake with a distinctive flavor and sharp acidity, and made with Iwai rice, was awarded the gold prize in the sake category of the International Wine Challenge 2021.

The water used to brew Joyo Shuzo sake is also of note. This is very soft water, which means it has fewer minerals such as calcium and magnesium than the brewing water found in other regions. This helps promote a longer fermentation and improves the possibility that the finished product would have aromas of fruit and flowers that can be more easily found in a wine glass.

Try sampling their Joyo Aodani No Ume umeshu on a visit to the brewery. The area around Joyo city is well-known for their “ume” (sometimes referred to as a Japanese plum) with the brand name of “Joshuhaku”. The “Joshuhaku” is a premium plum, with a peach-like aroma. Since 1991 Joyo Shuzo has made plum sake with 100% “Joshuhaku”. Aged for seven years, this umeshu has a mellow character that is not too sweet, and a refreshing aftertaste. A great delicacy very difficult to find away from Joyo.
Additionally, if you visit Joyo Shuzo from late February to mid-March, you’ll be able to enjoy not just their umeshu, but the Plum Blossom Festival held at nearby Aodani Plum Grove. As you wander through the grove, amongst its other flowers, you can admire the beautiful white blossoms of the very “Joshuhaku” plum used to make this excellent drink.

Founded in 1895, Joyo Shuzo produces sake and plum wine.
The brewery’s representative brand is its Junmai Daiginjo Joyo sake, and plum wine. Its representative plum wines, “Hanakoeda” and “Umekoeda,” use only local aodani plums, and are aged for over three years and prepared without added coloring or flavoring.

First, a few words about this stellar brewery.

The brewery itself is unique. It is immediately adjacent to Ine Bay, connected to the Sea of Japan. The village of Ine is famous for the 230 boat houses, or funaya, lining the bay, which were traditionally used for boat storage.

The toji is a pioneer in that she is one of the few female master brewers in Japan. Mukai Brewery was founded in 1754 and is still a family-run business today. The current toji is Kuniko Mukai, who works together with her younger brother, Takahito Mukai, to brew their singular sake. It is reported as of 2021 that there are 37 female toji in Japan. This is because brewing sake was largely seen as a man’s job, but pioneers like Kuniko Mukai are making it possible for more women to pursue a career in sake brewing.

Mukai Brewery makes a sake you can’t believe is made with only rice. Ine Mankai, which translates as “Ine’s Full Bloom”, is brewed in part with a type of red rice. In Japan, red rice has been used in religious ceremonies for centuries, but it is extremely rare to see red rice used in brewing sake. This is because rice for brewing sake has different qualities than that of rice for eating in that there needs to be the optimum properties and ratio between the starchy center of the rice grain and the lipids, minerals, and proteins on the outside of the rice. The research and development to get the methods down while calculating the best ratio of red rice to sake brewing rice in the production process took years. With the encouragement of her family and her professors of fermentation sciences, Kuniko Mukai brewed a singular sake.

Founded in 1754, Mukai Sake Brewery is a small sake brewery with an annual production of about 5 million bottles. Ms. Kuniko Mukai has served as head brewer since 1999 and is the eldest daughter of th …

If you’d like to appreciate some of Kyoto’s unique sake for yourself, these three sake breweries of distinction are a wonderful place to start.